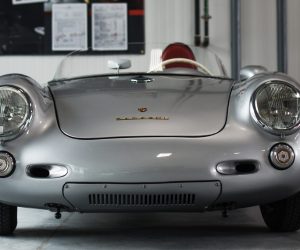 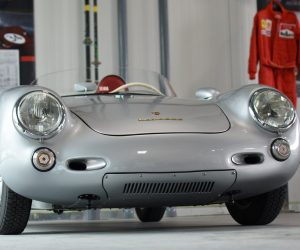 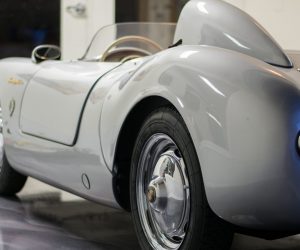 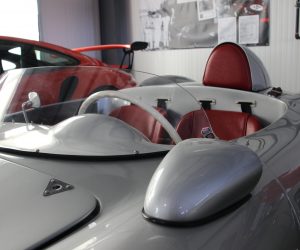 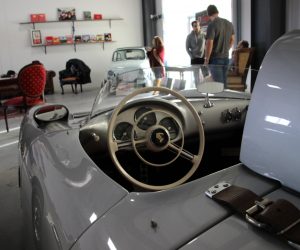 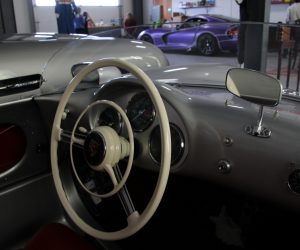 Own the “Giant Killer” that vaunted Porsche

Inspired by the Porsche 356 which was created by Ferry Porsche, and some Spyder prototypes built and raced by Walter Glöckler starting in 1951, the factory decided to build a car designed for use in auto racing. The model Porsche 550 Spyder was introduced at the 1953 Paris Auto Show. The 550 was very low to the ground, in order to be efficient for racing. In fact, former German Formula One racer Hans Herrmann drove it under closed railroad crossing gates during the 1954 Mille Miglia.

This car is an exact replica of the 1959 Porsche 550 Spyder. The 550 Spyder put Porsche firmly on the map as a serious competitor on the world’s racing tracks. This car was meticulously created with authentic Porsche components and engine from a Porsche 912. This mid-engined roadster earned the nickname ‘Giant Killer’ for its ability to defeat much more powerful rivals. The 550 (and 550A) remained in production through February of 1959, and a total of 130 chassis were constructed before the 718 RSK Spyders appeared.